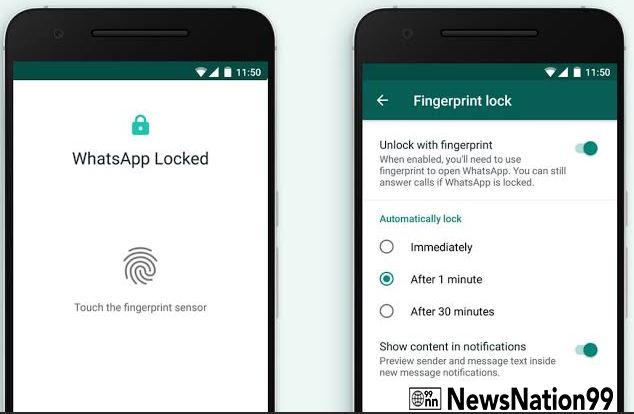 WhatsApp is rolling out the fingerprint lock option for added security on Android phones with the latest update. The feature works similar to TouchID and FaceID locks on iPhones.

We have been asking for this for a long time and after months of beta testing, it is finally here. WhatsApp on Android now allows users to set a fingerprint to unlock authentication for the app. This means that you can now protect your WhatsApp conversation with an extra layer of biometric security. And it also means that you can say goodbye to all those third-party app lockers or think of switching to the iPhone for the sake of this feature.

In its recent blog post, WhatsApp has announced that fingerprint lock authentication for all Android users. This new specification will basically allow users to secure their WhatsApp app with their fingerprint data every time someone opens the app on the phone. The feature was previously rolled out in iPhones where WhatsApp allowed its users to lock the app with TouchID or FaceID authentication. For Android devices, WhatsApp has only supported fingerprint authentication for now.
If you want to employ an extra layer of security for your WhatsApp chat, you will need to update the app from the Google Play Store. Once the update has been installed, users will have to go to Settings and access the feature under the Privacy section under the Accounts section. Users will see the option to turn on the fingerprint lock.
WhatsApp is providing more options about the new fingerprint unlock feature. Users may prefer to ask WhatsApp for fingerprint authentication when the app is closed or a person can set a specific time limit. Additionally, the app will also provide an option to hide the contents of messages in notifications to increase security.

Once the option is enabled, the WhatsApp app will ask for fingerprint data as soon as someone opens it. Once verification is done, the app will open and the user can use all chats and messages. The feature should work on phones with traditional capacitive fingerprint sensors with modern in-display fingerprint sensors. Sadly, if your phone has face unlock systems, you can use it for biometric authentication to secure WhatsApp.
On iPhones, WhatsApp allows users to rely on TouchID as well as FaceID to secure WhatsApp chat. FaceID is the only biometric option on modern iPhone models and, therefore, support exists on iOS for now.
Technical